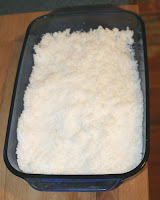 8.  Enjoy it more than any other salt you've ever had in your whole life.
Posted by Jason 3 comments:

As you all know my dad (Jason) is a great chef. Me on the other hand an 8 year old is picking it up! I have been looking in one of his little boxes of recipes for a long time, but we never seem to have any of the ingredients. So today (March 8th 2010) I looked hard and I decided to make Raisin Cookies! But it was a secret I didn't tell anybody what I was making.
After a while of putting things together I got done with all the ingredients I needed help stirring. So my dad came in still not knowing what I was making and stirred it real good. After that as you could imagine I had to tell him what i was making. So I did and he was very proud!
So then we put 12 in the oven and we had 26 more in so there were 38 cookies in all! Thats a lot of cookies! When all of them were ready my dad and I shared one cookie! YUM! I had made my very own cookies! Even I was proud! 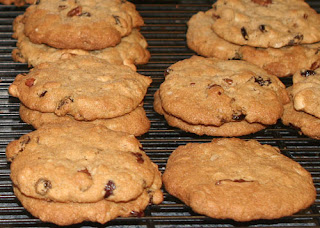