My family likes making ravioli.  If you have not made ravioli, I highly recommend it.

It's even easier if you have a team.

You can make it with just about anything, especially meaty leftovers.

It's a great way to spend some family time together at home on a lazy Sunday afternoon.


Nothing beats home made pasta.

I don't remember how I came up with the idea to make ravioli this time.  It was a while ago.  It took a while to get around to actually making the stupid ravioli because I spent so much time trying to figure out the local wheat situation (read my companion piece on Oregon Durum Wheat).  But finally it came around and so here it is. 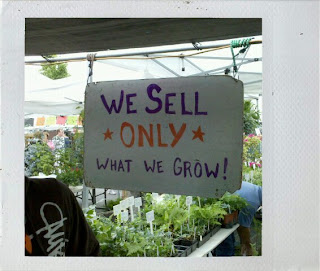 One thing that bugs the crap out of me is the whole "cook what is in season" mantra.  Honestly, you can get almost anything at Portland area farmer's markets over the summer, even things that I normally think of as fall or winter foods--squashes, potatoes, nuts.  Finding seasonal stuff in the winter is a bit harder, but in the summer it's ridiculous how much stuff is available.

Really, they should just say cook whatever you want, just make sure you buy the ingredients from a farmer's market. 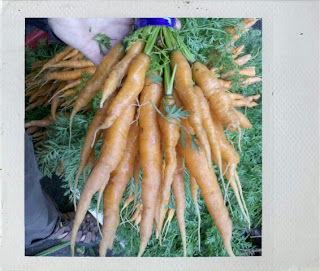 Well, what was looking good to me at the Beaverton Farmer's market this morning were the carrots from Spring Hill farms.  Hmmm...how do you put carrots into ravioli?  Well, I figured it out--add butter and bacon!  The B&B cure-all for your dietary woes.  If you can't fix it by adding butter and/or bacon, you're screwed.


Actually, what I wanted was some way to avoid making ravioli that turned out like pasta and carrot mush.  Pureed carrots have a nice bright flavor--light, sweet, very mildly earthy like spring soil, and that neat orange color.  But they also lack texture and the complexity you need for stuffing pasta.
Sauteing the carrots in Walla-Walla sweet onions and butter would create the more stable flavor base I needed.

Country style bacon sauteed and cut into small dice would add a salty flavor complexity and texture at the same time.

But I needed more complexity.  More texture.  Something as a contrast...chopped toasted Filberts!  They could provide a little crunch, a creamy nut flavor that would rhyme with the carrots and onions while enhancing the bacon. 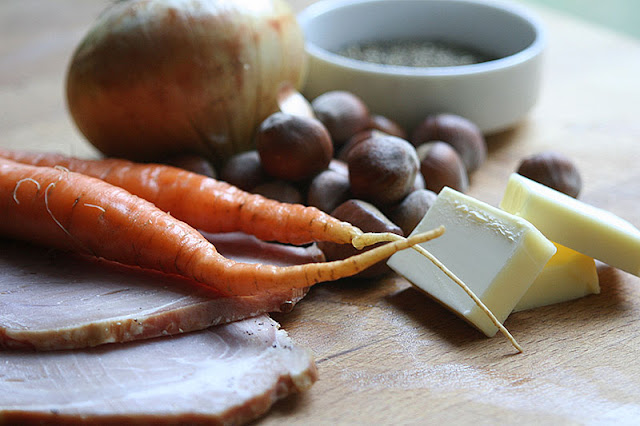 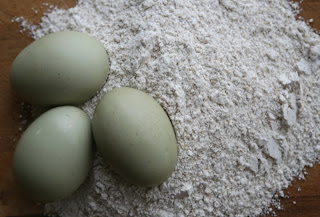 Next, on to the pasta.  For the recipe, I always use Biba's egg noodle recipe.  It's easy:
Eggs from our chickens
Whole Wheat flour from Stone-Buhr

Now, ideally you would use Durum wheat for making pasta.  But there is a little bit of a come to Jesus moment that you have to accept--Durum wheat does not grow in the Pacific NW.  If you want to eat local, you gotta use other wheat.  How can this be, you ask?  Read the saga of Durum Wheat in Oregon.  Whole wheat pasta tastes just fine in the end.  And it's local.  Cha-ching!


Ravioli Needs Sauce
I admit I was a bit stuck for a minute on what sauce to use.  What do you put with carrots and pasta?  Especially carrots with bacon and nuts in it.  Not a tomato sauce.  Not something with a lot of strong flavors that would cover the carrots.

What I came up with as a cream enriched veloute and I think it was the right choice.  Not too heavy, but substantial enough to stand up to the bacon and filberts.  Chicken broth and heavy cream made it smooth and amiable.  A splash or salt and black pepper gave it just enough edge.

No herbs.  Nothing new.  Just a tasty pool to bring out the ravioli.  Sprinkled a little of some amazing goat cheese on top that I found at New Seasons and it was done.

Grisdale Goat from New Seasons (made in Montesano Washington).

Finally, an almost completely local ravioli dish and it only took me 2 months.  Lol. 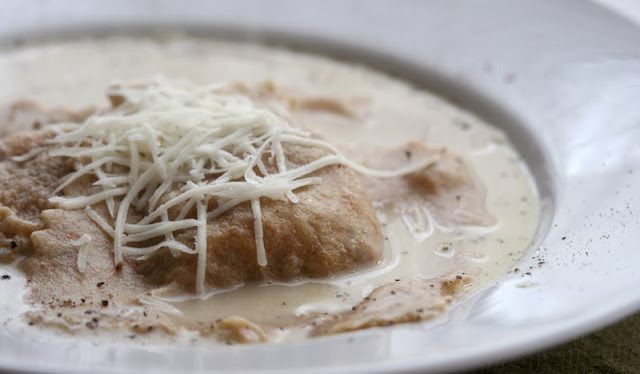 Overall, I'm gonna score myself 95% local on this one.  The only ingredient that was not local was the black pepper, and there is just no getting around that one.
Posted by Jason